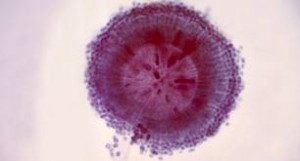 The Center For Disease Control keeps a running tally on a daily basis of the number contracted meningitis by State and by date. Their first count  was October 6th and listed 64 cases with 7 dead. At that time one Ohio meningitis case was listed. As of Oct 16, 2012 there are 223 listed with 15 dead. Two are peripheral injections vs epidural.

In Ohio the disease toll is now 7. The first three known were from Hamilton county, Morrow and Crawford County. The last 4 were from Marion County. In Cincinnati it is estimated at least 200 were injected with the tainted steroid at the Cincinnati pain management clinic.

What is going on with those 200 people. One man has been hospitalized. Presumably no one else so far has been diagnosed, but that does not mean other will not be. there is a long latency to this disease. But I can tell you people are scared . I’ve received phone calls and email. They are confused about what to do. No medical professional in the Hamilton County health department or the State Heath department has stepped up to coordinate diagnosis, monitoring, followup and reporting and treatment.

Sure the Ohio Department of Health sent this letter  advising people that their health care provider had identified them as one who may have been infected. Sure local health departments worked to notify people , but that’s pretty much been it. They state here’s what to watch out for, see your doctor if you have these symptoms and your pretty much on your own.

I’ve covered this subject before. Should there not be a central response site or sites designated by the State as to where people can go to get the best help for meningitis . Hopefully in the next 48 hours together we can uncover the best place to get diagnosed and treated in Cincinnati and through out Ohio.

As a Cincinnati attorney I hope this update on meningitis victims lets you know that someone out there knows what you are going through and wants to do something about it. It’s my fervent hope that you get your questions answered and the medical help you need as the reality is more people are being diagnosed and 15 have died.